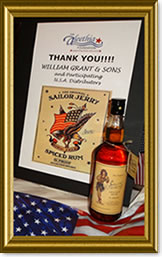 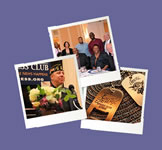 The 2012 race is under the command of Maj. Gen. Michael S. Linnington

The Military District of Washington “MDW” serves as the Army Forces Component and core staff element of the Joint Force Headquarters National Capital Region to conduct operations that deter, prevent, and respond to threats aimed at the National Capital Region; and conducts world-class ceremonial, musical and special events in support of our Nation's leadership. Over 600 Soldiers from 3rd Infantry Regiment (The Old Guard) volunteer race weekend.

Now in its 28th year, the ATM was held on October 21 in Washington, DC. Registration fees and sponsor contributions go to support the Army Morale, Welfare and Recreation (MWR) programs.

The mission of the ATM is to promote the Army, build espirit de corps, support Army fitness goals, and enhance community relations.

ALEETHIA’S BOOTH AT ATM EXPO
THANKS to the all the Volunteers who helped at Aleethia’s
Booth and Hooah Tent during ATM weekend events!

Army Olympians and Friends!
Josh (L) attended several “Friday Night Dinners” while at
Walter Reed Army Medical Center after he was injured in 2003 in Iraq

CONGRATULATIONS TO ALL THE FINISHERS!

Support the Troops
Be a part of these Support Stories more